We have secured an outstanding group of professional adjudicators/educators, who have extensive adjudication experience in evaluating high school field show marching band contests throughout the United States.

Jackie Gilley, Midwest City, Oklahoma
DCI, BOA, WGI
Jackie Gilley is a native of Stratford, Texas, and was the band director at Monroney Middle School in Midwest City, OK, for 29 years. She also taught color guard at Midwest City H.S. for 18 years. Her first job was in Miami, Texas, teaching art, band, and yearbook. Jackie received her Bachelor of Arts degree in Ceramics and her Masters of Music Education degree from Southwestern Oklahoma State University. She is also accredited in Secondary Education Administration from the University of Central Oklahoma. Ms. Gilley earned accreditation in 2002 as a “National Certified Teacher” in Instrumental Music, and she was also “Monroney Teacher of the Year” in 1992 and 2003. In 2012 Jackie was inducted into the Oklahoma Bandmasters Association Hall of Fame. In 2014 she was inducted into the Oklahoma Music Educators Hall of Fame and was awarded “OKMEA Exemplary Teacher” in 2013. She is past president of the Beta Chapter of Phi Beta Mu International Bandmasters Fraternity, member of OMEA, OBA, MENC, WIBDA, and honorary member of the Delta chapter of Kappa Kappa Psi at University of Oklahoma. Ms. Gilley is well-known as an adjudicator throughout the United States. She has been an adjudicator for Winter Guard International, Drum Corps International, Bands of America/Music for All, the Texas Color Guard Judges Association, and Oklahoma Music Adjudicators Association. She also judged Drum Corps Japan Championships in 2014.
Jackie currently serves as president of the Stratford Education Foundation, which serves students in the Stratford Independent School District in Texas. She was given the 2016 “Golden Nail Award” by the Amarillo Chamber of Commerce for her contribution to the fine arts in the Texas Panhandle.

Brandon Wickham - Indianapolis, Indiana
DCI, BOA, WGI
Since 2008, Brandon has had the opportunity to work with several award-winning high school programs throughout California and the Mid-Western United States. From 2011-2015, Brandon worked as a designer and visual caption head of the 2011 and 2012 WBA Champion and 2013 BOA Grand National Finalist, Ayala High School Band and Color Guard, as well as the 2013 WBA Champion Upland High School Marching Band and the 2014-2105 WBA class champion Cerritos High School. After the 2015 competitive season, Brandon moved to Indianapolis, Indiana where he has since joined the staff of several prestigious high school programs including the Avon Marching Black and Gold, Ben Davis Marching Giants, the Center Grove High School Marching Band. Outside of the competitive fall season, Brandon works with several different indoor percussion ensembles throughout the western and mid-western United States. Over the past several years Brandon has had the opportunity to work with the percussion programs at Ayala High School, Center Grove High School, Etiwanda High School, and Ben Davis High School, as well as a number of other scholastic A class and open class drum lines throughout the U.S. When he is not teaching in the United States, or near home, Brandon works as a visual designer and clinician for several groups across the United States as well as international groups in China, Taiwan, South America, and England.

Armbruster holds a Bachelors Degree in Music Education from the University of Minnesota in the Twin Cities and a Masters of Arts in Education Degree from Hamline University in Saint Paul. He has led instrumental music programs at St. Francis High School, in St. Francis, Minnesota, Champlin Park High School in Brooklyn Park, Minnesota and Hastings High School in Hastings, Nebraska. His experience as a music department leader and curriculum writer led to his invitation to serve on the 2018 Academic Arts Standards Review committee for the Minnesota Department of Education.

Armbruster is active as a clinician, adjudicator and consultant for marching arts programs and circuits throughout the country. He has held a variety of leadership and teaching positions with the following organizations and schools: Youth In Music, Minnesota Brass, Inc., Southwind, Blue Stars, Madison Scouts, Spirit of Atlanta, Eastview High School, Anoka High School and Henry Sibley High School.

Armbruster has served as an adjudicator for the Tri-State Judges Association, Northstar Colorguard Circuit, Minnesota Percussion Association and Drum Corps International, most recently being invited to judge the 2019 Drum Corps International Open Class World Championships. Chad Armbruster lives in Minneapolis with his wife Ellen and their son Walter.

Lane Powell – Harmony, MN
Tri-State Judging Association Chief Judge
Lane M. Powell is the New Business Development Manager at Harmony Enterprises, a global environmental solutions company based in Harmony, MN. Lane is a 1994 graduate from the University of Iowa, (BM in Music Education and Trumpet Performance) and taught instrumental music in the public schools of Illinois, Iowa, and Minnesota for twenty-two years. Bands under his direction consistently earned Superior Ratings in marching band, concert band, jazz band, and small ensembles. In addition, his bands earned many regional and national awards, including multiple performances at the Iowa Bandmasters Association Convention and the Minnesota Music Educator’s Mid-Winter Clinic. Lane’s professional affiliations include Phi Beta Kappa, MENC, MMEA, Phi Beta Mu and Iota Kappa Lambda. In 2002, he was awarded the NEIBA Award for Excellence in Teaching at the High School level. In 2003, he received the State of Iowa Governor’s award for teaching excellence and has won the McKnight Award for composition both in 2012 and 2016. He and his wife operate the Tri-State Judging Association. He is an active adjudicator, performer, clinician, composer, and conductor. He has publications for concert band under the C.L. Barnhouse and Powell Music labels. Lane has served on the Board of Directors for both the Minnesota State High School League and the Minnesota Music Educators Association.

Amy Powers – Eagan, MN
WGI
Amy Powers is the Director of Bands at Henry Sibley High School, a position she has held since the fall of 2012. In her 7 years at Henry Sibley, she has grown the band program from 67 to 170 students. The Henry Sibley Parade Marching Band - aka “The Little Band That Could” - represented the State of Minnesota in the 2018 National Independence Day Parade in Washington D.C. and is the 2018 & 2019 Vikingland Marching Band Festival Grand Champions.

Prior to coming to Henry Sibley Amy was a Band Director at Rosemount Middle and High Schools, Black Hawk Middle School (Eagan), St. Thomas Academy (Mendota Heights), and Crosswinds Middle School (Woodbury). In addition to serving as a Director of Bands, Amy was the Orchestra Director at the University of Minnesota at Morris. She has also been active as a Color Guard Instructor and Caption Head for over 20 years, most notably serving the Sound of Sun Prairie (Sun Prairie, WI), Rosemount High School (Rosemount, MN), and Eastview High School (Apple Valley, MN).

Amy is active as a clinician and adjudicator for marching bands and color guards throughout the country. She has served as a member of several judges associations over the last 20 years.

Matt Ferry – St. Paul, MN
Minnesota Brass, Inc. Drum and Bugle Corps
Matt Ferry is an Anoka, MN native who received his BA in Music Education from the University of Minnesota-Twin Cities in 2005. Matt has been active in the marching arts since he began performing with the front ensembles at the Blue Stars (1998) and The Cavaliers (1999-2002). He has been on the leadership and design teams for WGI, BOA and DCA finalist ensembles for over 15 years. Matt is an active adjudicator, arranger and educational consultant for bands, drum corps and indoor percussion.

Most recently, Matt took a three-year hiatus from Minnesota winters and moved to Texas where he worked with the front ensembles at Dripping Springs High School, Claudia Taylor Johnson High School and was a founding designer/coordinator of 5points Percussion from San Antonio. He currently works for Edmentum Inc. from his home office in St. Paul, MN, where he supports digital learning outcomes for more than 350 school systems in New England and New Jersey. He also serves on the Board of Directors of Invictus World Color Guard of Austin, Texas, where he assists with operations and corporate partnerships. Matt Ferry has been an Innovative Percussion Artist since 2003. 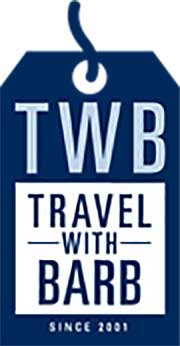 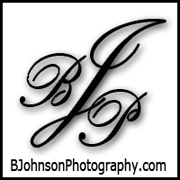 PROUD TO SHARE EVENT INFORMATION WITH THE FOLLOWING CO-OP RESOURCES!